It was my great pleasure and an honor to go on another ride into obsession and create two brandnew T-Shirt Designs for Blind Guardian. The band allowed me a lot of freedom and I could paint along illustrating “Valhalla” one of the alltime favourite songs of Blind Guardian fans. I’m looking forward to sing that song alongside fellow fans at an upcoming concert wearing that shirt.

In the brainstorming process for the Valhalla Shirt I did some research and came up with one of the epic battles of northern mythology which is the story of Thor fighting the Midgard Snake, his last battle right before he enters Valhalla. The intense feelings I have when I sing this song with thousands of fans and the band in unity poured into this painting. The initial painting was executed in oil on canvas. 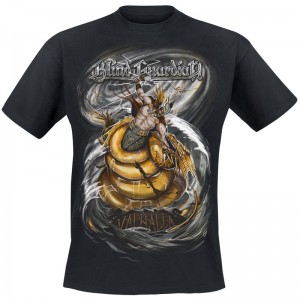 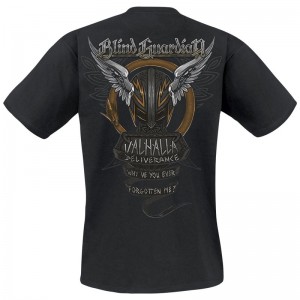 Final front and back design of the T-Shirt. It is now available at the EMP Online Store.

For the second shirt the band requested a crest with dragons. It is executed as a digital painting and I had a lot of fun painting the dragons, the Guardian and the metal effects. I am looking forward to the band’s upcoming songs that evolve from their own ride into obsession. Painting for one of my favourite bands is always intense and with their music is on my headphones I get the right feeling. 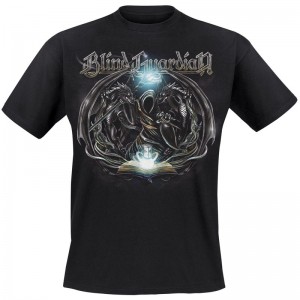 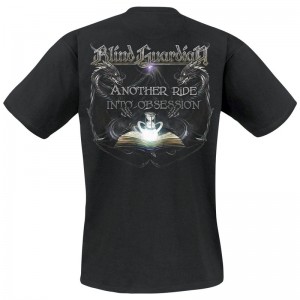 This is available at the EMP Online Store too.